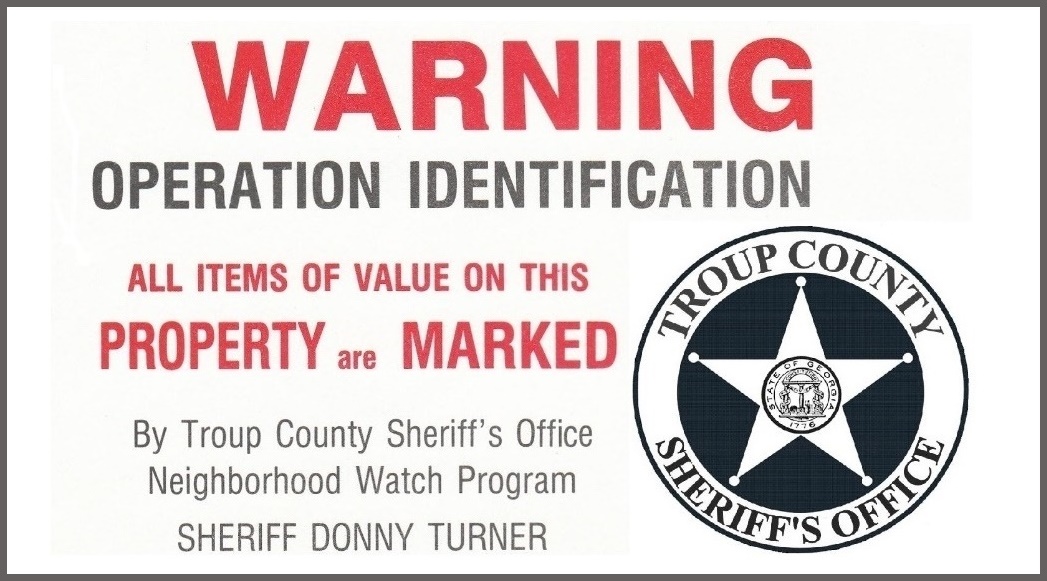 The Troup County Sheriff, Georgia USA, recommends the traditional Operation Identification (OpID) strategy. I have taken the old OpID concept and migrated it to the web and made it much more robust.

First conceived in 1963 in Monterey Park, California, OpID was Institutionalized by the United States Department of Justice in 1979–only after 378 pilot tests were conducted from 1974 to 1978 at a cost of $26 million ($120 million in 2020 dollars). It was then aggressively pushed both nationally and internationally by law enforcement agencies and the FBI.
GGD-79-54 Department of Justice Should Explore the Feasibility of a Uniform Identification System for Marking Personal Property

Operation ID migrated to the web

In my capacity as a volunteer board member of the Southwestern Hills Neighborhood Association in Des Moines, Iowa USA, I discovered that nobody had migrated OpID to the web. My Property ID Registry is a web-based lost-and-found and theft-prevention security kit for individuals, families and small businesses. It’s a one-time cost with no monthly fees.