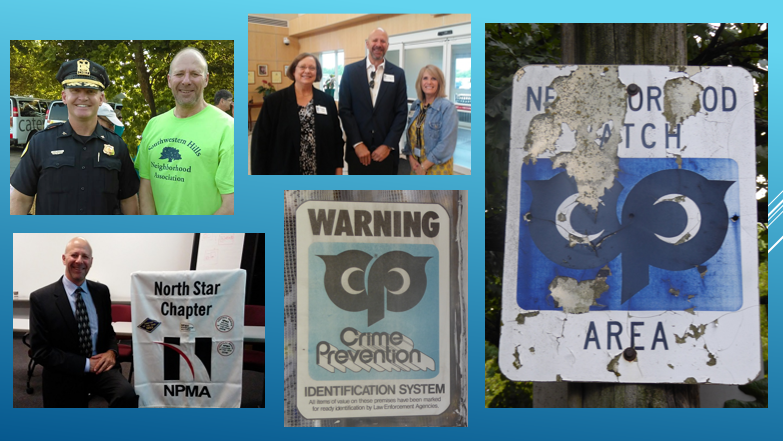 I’m from Des Moines, Iowa USA, and I have a criminal justice and youth advocacy background. I worked at the Iowa Homeless Youth Centers many years ago, and then at the Woodward Academy up until I launched my small business in 2015.
www.yss.org/locations/iowa-homeless-youth-centers
www.wwacademy.com/

With the help of an educator

Many years ago, I was sitting in a criminal justice graduate class. Roxan Ryan, the former Iowa commissioner for public safety, asked the class a question: What is, dollar for dollar, the most powerful crime-prevention strategy available to law enforcement?

The answer surprised me and changed the trajectory of my life.

Neighborhood associations are the powerful force

It turns out neighborhood associations are a very powerful and cost-effective way to control crime.

Well, suddenly I had a new research interest that included neighborhood associations, Operation Identification, 9-1-1, Neighborhood Watch and National Night Out.

I learned that neighborhood associations—as distinct from homeowners associations—are all over the United States and supported by taxpayer dollars.
en.wikipedia.org/wiki/Neighborhood_association

Then I discovered that there were neighborhood associations all over Des Moines.
maps.dsm.city/docs/maps/NeighborhoodsSmall.pdf

I then became a board member of the  Southwestern Hills Neighborhood Association where I live. www.swhna.com

By exploring neighborhood associations, it dawned on me that the old Neighborhood Watch had a companion called Operation Identification (Operation ID). 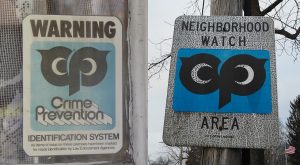 Operation ID is not some local thing

Operation ID is not some local initiative, but something launched nationwide by the the United State Department of Justice in 1979. www.gao.gov/assets/130/126467.pdf 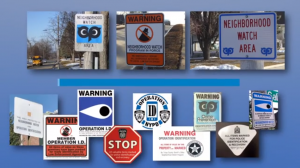 Then it dawned on me that nobody had ever modernized Operation ID for the digital age, so a small business was born.

At the request of Chief Wingert of the Des Moines Police Department (DMPD), the Neighborhood-Based Service Delivery (NBSD) Unit reviewed my product.
www.dsm.city/document_center/Police/nbsd_brochure_july_2019.pdf

After their review, NBSD officers fanned out across the city to share information about the convenience of my modernized strategy, sometimes with me in tow. 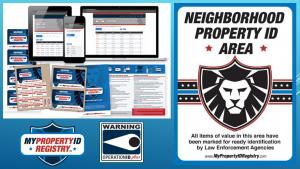 The idea is to swap out Neighborhood Watch—signs and all—and replace it with Operation ID. If enough neighbors in a concentrated area implement the strategy, a street sign is given to the public works department.

It’s my goal to bring the strategy back stronger than ever.