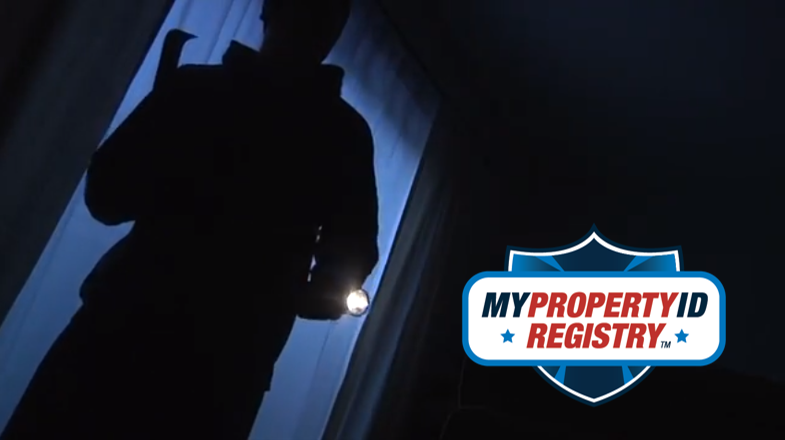 While different states and countries will have some variation in their laws’ exact language, the crime of burglary shares some generally universal traits. A recent MyPropertyID blog post discussed the difference between robbery and burglary. It also addressed the personal feeling of violation that can come from a stranger being in your home and stealing your property.

The legal definition of burglary usually involves terminology about a perpetrator unlawfully entering a home, business, or other structure with the intent to commit a crime within that location. The crime in question is usually a theft in that intruders are most commonly looking for items of value they can sell, trade, or pawn. Since the criminal’s goal is to get in, steal easily negotiable valuables, and get out, the crime of burglary is usually committed when the property owner is away.

Take a Nap, Eat a Sandwich, Commit a Felony

Often, the difference between burglary and trespass is the act of theft. In many jurisdictions, merely being in a location without permission constitutes the offense of trespassing. In other words, if the perpetrator does not steal, or attempt to steal, anything, a burglary has not occurred.  This, of course, leads to the logical question, what is he doing there then?

An example sometimes given to police academy cadets to further demonstrate the difference between these two offenses involves the nap and the sandwich. In the first scenario, an intruder enters an unoccupied home through an unlocked door. He does not steal anything but instead takes a nap on the sofa and then leaves before the homeowner returns. In the second example, this same intruder decides to make himself a sandwich after his nap. Because the ingredients for his snack were stolen from the kitchen, the suspect’s trespassing is elevated to the felony charge of burglary.

Let’s face it; criminals are not breaking into houses to take naps or make sandwiches. They are there to steal your property and violate the sanctity of your home. A report from the Bureau of Justice Statistics published in 2019, the latest year in which data is available, found over 1.7 million reported burglaries in 2018 in the United States. It will come as no surprise; when a criminal commits a crime, they do so because they do not think they will get arrested. When a burglar assesses a target location, they evaluate the risk and logically tend to avoid homes where the chances of getting caught are high.

Property owners that use MyPropertyID send a strong message to would-be thieves. Warning signs in the form of window decals let burglars know the risk of being caught is significantly higher at a home protected by MyPropertyID. Those who would steal your property also rely on the ability to exchange it for what they really want, usually money or drugs. The tamper-resistant, numbered tags affixed to your valuables also increase the risk to criminals by reducing their ability to profit from stealing your property.

If you are a victim of a crime, you must file a police report and provide law enforcement with the make, model and serial numbers of effected items from your MyPropertyID cloud database. Lastly, MyPropertyID works best in conjunction with other crime prevention measures to help ensure your home, property, and family are protected.

*Thomas Raulen is a freelance writer specializing in public safety, government affairs, and community engagement. He is also a 27-year law enforcement practitioner, an adjunct professor of criminal justice, and a police academy instructor. Thomas is a twice graduate of the University of Central Florida.
https://thomasraulenwrites.com