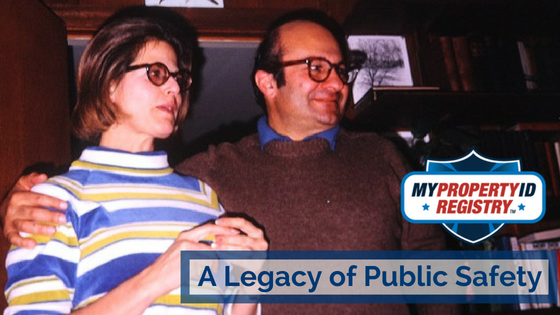 In the 1960s, my mother quit her job as a  housewife and became a child transportation safety advocate. My father, a businessman, and us kids had to make a number of difficult adjustments.

Who decides what technologies survive?

In our lifetimes, we have seen some fairly extraordinary pieces of technology rapidly grow and just as rapidly, fade away. It’s mostly electronics that are affected this way. Beta Max, VHS, cathode ray tubes, floppy discs and compact discs have all virtually disappeared.

Other technologies are long gone as well. As a boy, my parents gave me a 1960s reproduction of the 1897 Sears and Roebuck catalog. It was at least three inches thick with hundreds of pages printed on newsprint. Everything in the publication, with a few exceptions, had ceased production.

Obviously the marketplace is a huge arena where consumers decide what succeeds and what fails. While most of the technologies from the Sears & Roebuck catalog are long gone, there are a few things that are little changed. From Bibles to mousetraps, from knitting needles to scissors, some technologies persist. Invented in 1963, this includes a crime-prevention strategy developed by the police. It’s something people have rarely heard of but still works called Operation Identification.

There is another force at work, namely government regulations and laws that put pressure on citizens to change behaviors. Building codes and healthcare regulations are imposed to keep us all safe. MyPropertyID which is based on Operation Identification is both a consumer product and crime-fighting tool designed to aid the police. Two other products with equally important and similar dual purposes are smoke alarms and seatbelts.

In the 1960s, my mother was a very early advocate for seatbelt usage. I didn’t get to ride in other parents’ cars, because, as I learned later, my mom would tell the parents if they wouldn’t buckle themselves up or their children, I wouldn’t be riding along.

I remember my mother, on many occasions, enlisting my services to fish the sticky, crusty seatbelts out from behind car seats that she knew were there because the law had mandated their installation in the mid 1960s.

A big part of why I am such a huge advocate for bringing back Operation Identification from the brink of technological extinction has to do with my mother’s legacy. She wasn’t just a typical mother who would embarrass her child in front of his friends.

She took transportation safety to a whole other level, making it her career. She changed the culture of the United States in the process.  A brief description of her work is captured in this article,  “Audacious Philanthropy: Lessons from 15 World-Changing Initiatives” (Harvard Business Review, Sept/Oct 2017)

In the 1960s, in the face of overwhelming evidence, citizens refused to wear seatbelts. Operation Identification addresses an equally  antisocial trend. Only about 5% of property crimes are ever solved. Yet, the vast majority of law-abiding citizens are reluctant to take a few simple steps to deter criminals or help the police if a crime is committed.

I’m talking about burglary and theft. The most commonly committed crime in the United States. If you’ve every been the victim of a burglary or theft, it’s no laughing matter. Your personal space has been violated and your hard-earned possessions are long gone. It doesn’t matter if it’s a shed, shop, vehicle, apartment, home or small business, it’s horrible to be victimized. Yet citizens are so cynical that it is thought half of property crimes go unreported, so the police are even more helpless when they find stolen property.

Operation Identification today is like seatbelts back in the 1960s. With tens of thousands of deaths and millions of reported injuries, seatbelts remained sticky and crunchy, stuffed under seats and never worn. My goal is to get Operation ID, generally, and MyPropertyID, specifically, widely accepted. It’s no more inconvenient than installing and maintaining a smoke detector.

All anyone needs to do is see how citizens react to me when I explain that they must implement the only consumer-level, crime-prevention strategy ever embraced by the United States Department of Justice (USDoJ) and endorsed by the International Association of Chiefs of Police, the National Sheriffs Association and the Federal Bureau of Investigation (FBI).
https://www.gao.gov/assets/130/126467.pdf

Most citizens refuse to acknowledge the findings of 378 taxpayer-funded studies at a cost of $100 million dollars in 2018 money. Like installing smoke detectors and wearing seatbelts 30 years ago, citizens today refuse to take action and implement Operation Identification. It’s so simple: post warning signs, record serial numbers and mark property.

Some have argued that because this strategy was developed in the 1960s, and the studies were done in the 1970s, that there is no possible way the technology can hold up. As a reminder, seatbelts were developed in the mid 19th century, and the modern 3-point seatbelt that we all use today was invented in the 1950s. This old technology has saved a million lives.
https://en.wikipedia.org/wiki/Seat_belt

The rifling used in modern firearms to spin bullets was developed in the 1400s (https://en.wikipedia.org/wiki/Rifling), and using dogs to guard homes dates back millennia. So what is it about Operation Identification that is so important that I have dedicated so much time and treasure to this cause. Why do I feel it is so critical that I endure being trolled online, publicly attacked or just plain ignored?
https://mypropertyidregistry.com/2018/02/01/helping-good-people

The power of advocacy

Much of it is tied back to my mother who struggled for over a decade before she saw any traction with a cause that was originally militantly resisted. Isn’t it just awe-inspiring that everybody today willingly buckles up without any fuss and never thinks about how we got here?

This excerpt from the New York Times captures my mother’s circumstances nicely. A decade after establishing her first transportation advocacy group in 1963, she and a physician colleague were at the 1972 New York Auto Show with the only safety organization to have a display. The exhibit was so out of context, a group of teenagers heckled my mom. She is quoted as saying  “I feel like a missionary on foreign soil sometimes.”
https://www.nytimes.com/1972/04/05/archives/physicians-stress-safety-in-exhibit-at-auto-show.html

At the core of the auto safety movement, just as with the Operation Identification movement, are committed citizens who see value in something most others don’t.

I am proudly a second-generation safety advocate armed with the skills and sticktoitiveness of a mother who overcame seemingly insurmountable odds.