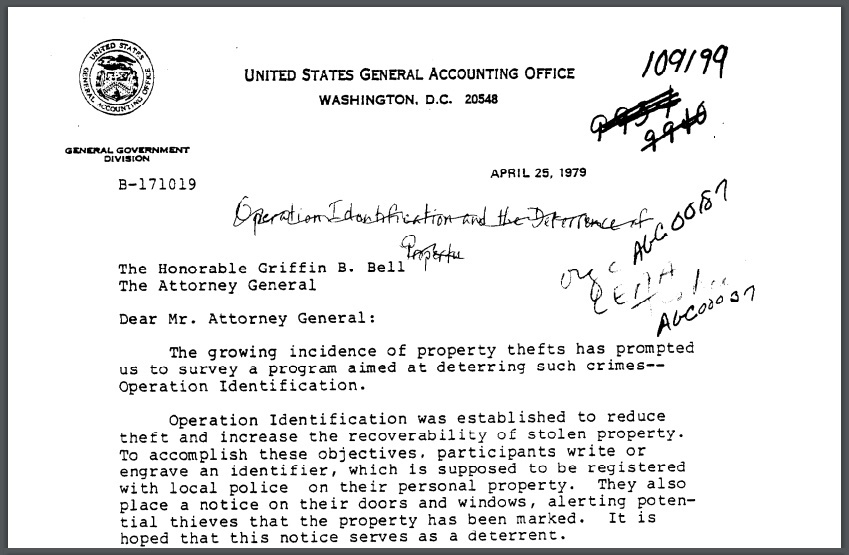 The criminology theory that holds MyPropertyID together is Operation Identification. Even though Operation ID is not widely known or used does not diminish its effectiveness when properly implemented. After being tested in 378 pilot projects from 1974 to 1978, at a cost of $100 million in 2018 money, the Government Accountability Office (GAO), informed the Attorney General of the United States Dept. of Justice that the approach was workable (Scan of original GAO Letter).

Today, burglaries are so routine that it is thought that half of victims don’t even bother filing a police report. Be mindful that burglaries are not just about stolen valuables, but also about damaged property, frayed nerves and lost productivity. There are tens of billions of dollars to be saved if My Property ID Registry is widely adopted.

In the age of the internet, Operation Identification has been rehabilitated, reinvigorate and is back in play. It is my hope that the organizations that originally showed interest in OperationID in 1979 will show interest in MyPropertyID today.