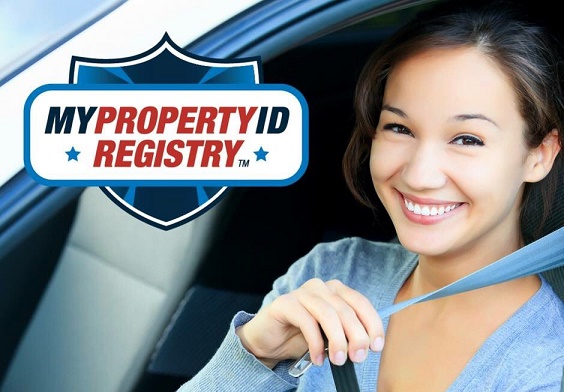 Without a grasp of history, we are unaware of the origin of many of our most routine habits. Some of today’s seemingly normal behaviors were once mightily resisted. The human brain is not particularly well-suiting for thinking analytically. Most people rely on stories they hear to justify their choices and behaviors. It took decades of concerted effort to change the habits of citizens around soap, seatbelts and smoke detectors. It will require the same to get people to adopt Operation ID.

There was a time in our history when people rarely bathed. For many, it was thought to be bad for your health. The phrase spring cleaning meant just that—cleaning and bathing just once a year. The saying, Airing your dirty laundry, comes from a time when nobody washed clothes. Even though early versions of departments of health had evidence that using soap and warm water could drastically reduce disease, citizens resisted. en.wikipedia.org/wiki/Hygiene

There was a time in our more recent history where people refused to wear seatbelts. In 1968, seatbelts were required to be installed by auto makers. Later on, laws mandated that seatbelts be worn. Still, nobody obeyed. In the early days of attempting to require seatbelt usage, citizens would slash the seatbelts and rip the warning-bell wiring out from under the seats. Many called seatbelts an affront to personal freedoms. Even though the evidence was in that seatbelts saved live, citizens resisted. en.wikipedia.org/wiki/Seat_belt_laws_in_the_United_States

There was a time when firefighters would go door-to-door giving smoke detectors away. Citizens would just throw them in the garbage or let them collect dust. People routinely groused that they couldn’t even make a slice of toast without setting the alarm off. Even though the evidence was strong, that in the event of smoke and fire, a smoke detector could rouse you from a deep sleep, citizens resisted.

Today, personal hygiene is ingrained in children from the earliest age. Parents won’t leave the driveway unless everybody is buckled up. Moms and dads get upset with their kids if the batteries are taken out of the smoke detectors.

Imagine if we lived in an age where seatbelts in cars had never been universally adopted. Imagine if some years in the future, things like airbags, blind-spot warning, computer-assist braking and other technologies were developed, requiring no effort on the part of the operator. Accident rates and injury rates would come down, but when a serious accident did occur, the occupants would be badly hurt or killed.

This is the case with home security, today. Alarm systems and security cameras have only slightly reduced the number of burglaries. But because Operation ID was never widely adopted, when a burglary does occur, 90% are never solved. Sadly, most burglaries are committed by teenagers and young adults from right in your neighborhood, so an important social welfare issue is not being addressed.

Operation ID predates the mandatory use of seatbelts and smoke detectors. Developed in 1963, the strategy never took off even though that was the hope when the U.S. Department of Justice rolled it out nationally in 1979. Have you ever been a victim of a burglary? It’s a horrible violation of your personal space and can be traumatizing. In rare cases, burglaries can turn violent and even deadly. Operation ID is a research-based strategy designed to address this issue. mypropertyidregistry.com/2017/06/21/government-accountability-office-gao-validates-operation-identification-1979