The Missing Link in Home Security 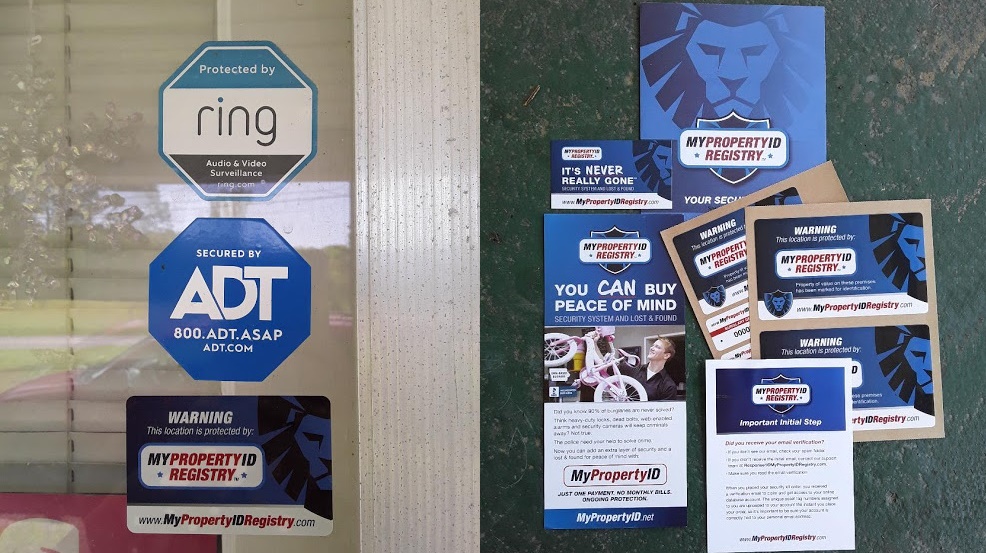 There is a missing link in home and small business security systems when it comes to property crimes. Video doorbells, alarm systems and security cameras are great deterrents against violent crimes, and an important tool for the police, but these technologies rarely lead to convictions of the most common crimes committed in the United States: burglaries and thefts.

What’s needed is an added layer of protection

The police have been urging citizens to adopt the Operation ID strategy since the 1960s. Just like other home security systems need warning signs, so does Operation ID. That’s where the similarities end. Operation ID is more akin to a do-it-yourself (DIY) version of the way we license and register motor vehicles.

One of the oldest property tracing strategies is the way motor vehicles are issued license plates with a unique identification number (UIN). This occurs after the vehicle identification number (VIN) and the name and address of the owner are recorded in a central location. Even though a license plate can be removed in seconds with a screwdriver, it is the underlying linkage of the plate number (UIN) to the VIN and the owner that gives police a powerful crime-fighting tool.

A License plate for your other stuff

From its inception, Operation ID requires three steps in order to protect property. …not one step, not two steps, but three! This is the result of extensive testing, and the strategy’s similarities to how cars are licensed. It’s critical that corners never be cut.

My Property ID Registry advances the state of the art

Even the technology MyPropertyID is based on is 25 years old. MyPropertyID uses an early feature of the internet we describe as an “anonymous, one-way, peer to peer, distributed communication system.” If any of you have ever used the messaging feature on Craigslist, it allows you to communicate with another user without revealing any personal information about yourself.

Traceability is the key

The hardest feature to develop in Operation ID is the traceability feature. As a result, the corner most often cut, is the use of a unique identification number (UIN). The first Operation ID UIN in the 1960s was a Social Security number. In the 1970s, it was your driver’s license number plus your 2-letter state abbreviation. MyPropertyID has a solution that gets mailed to you, yet is simultaneously tied to the internet, giving your items with serial numbers global traceability.

NOTE: A big thank you to Katherine Bartlett at Our Whiskey Lullaby for the wonderful blog post.