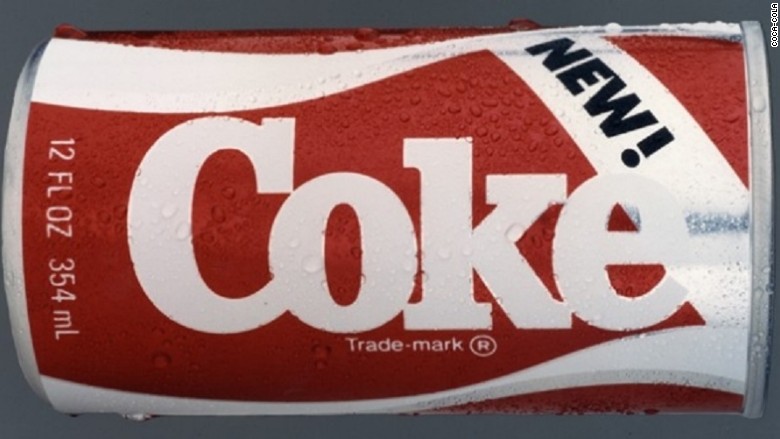 We’ve all heard of Neighborhood Watch, but does anyone know the name of the companion crime-prevention strategy rolled out at the same time? It’s called Operation Identification and it’s still recommended by law enforcement professionals (LEPs) nationwide.

Operation Identification is the biggest marketing flop in U.S. history.

Most everybody has heard about the marketing failure of New Coke. Virtually nobody knows about the total flop of Operation Identification. It was rolled out nationally in 1979 by the U.S. Department of Justice and endorsed by the FBI, sheriffs and police. Even the Big “I” and Farm Bureau endorsed it. But it went nowhere! Honestly, what was the point of all that? The equivalent $100 million in today’s taxpayer money down the drain.

If you ask 10 people on the street if they’ve heard of Operation Identification, they have no clue!  But large institutions have been embracing the corporate version for decades. Ask an executive of a large business, university, municipal government or hospital system and they’ll tell you they tag and title all expensive assets like computers and printers and have whole departments dedicated to managing the process. The corporate version of Operation Identification is called Enterprise Asset Management (EAM).

D.I.Y. tag and title your stuff like you would a car

When I saw that nobody had ever migrated Operation Identification to the web or used the cutting-edge strategies available today to advance the state-of-the-art, I thought I had discovered a lost treasure that my fellow Americans would thank me for. It’s been more like convincing people to wear a seatbelt or install a smoke detector in the 1980s.

There’s actually a huge disconnect because law enforcement agencies desperately want citizens to mark and register valuables, just as they would a car, but citizens typically ignore the advice.

Nothing worked! The marketing? A disaster. The messaging? Non existent. A complete failure! 99.9%.

Well, maybe the program wasn’t really worth anything. Maybe the idea was stupid. I guess nobody really cares about marking and registering their portable electronics even though many of the large institution they work for routinely do so. “I mean, come on, isn’t that what insurance is for?” many of my critics say.

Friends, I implore you to think twice on that last comment

Let’s step back a minute. Let me ask you this. To keep a child safe, should a mother hold an infant in her lap going down the interstate at 80 miles an hour? Well? Back in the 1970s, the old logic would tell us today, “Registering your stuff is dumb.” It’s the same logic from back then that killed hundreds of infants, left hundreds of families devastated and changed our communities. Who knows? Was it the next president, mayor, inventor, or thought leader among the dead? We’ll never know.

Let’s think about this for a minute. Back in ’70s, when it was first proposed that everybody should wear a seatbelt, citizens thought it was straight-up heresy. “Who are you to tell me what I can and can’t do in my car?” “I’m the parent. Don’t tell me what’s safest for my child.” Over time, the reality that buckling up was for our own good, worked its way into our common sense and today, we widely accept this new way of thinking.

Your insurance company may raise rates or cancel your policy

“So, what does this have to do with Operation Identification, and marking and registering my stuff?”  Everything!  Why do you think insurance companies raise your rates after a car wreck or maybe even cancel your policy?

If your home is burglarized or your valuables get lost, stolen, or vandalized, and you don’t have a record of the make, model and serial numbers to provide to the police, your insurance company will not be happy with you! “So what,” you say? Well, how do higher premiums or having your policy canceled all-together sound? “Why would they do that?” Just like with a car wreck, they call it owner-negligence. You didn’t do everything you could to secure your stuff.

It takes just a few minutes and a couple of bucks to mark and register your portable electronic valuables. This doesn’t mean it will always be recovered, but it dramatically improves the odds that it will. The police recover stolen items all the time that they can’t trace back to the rightful owners. That’s the whole point: being responsible and taking ownership.

“So, how does that registering thing really work? I mean, what happens if I register my stuff and it gets stolen?” Great question. I have written a number of blogs about this, but this blog about the FBI-run National Crime Information Center (NCIC) nails it.

While you’re speeding along safely buckled in your seatbelt

So why do I call Operation Identification the biggest marketing flop in United States history? Because you don’t participate. You have no warning signs on your doors or windows and your stuff isn’t marked and registered. What’s amazing is that you are exposing yourself in ways that you have no idea about, much like the infant in a mother’s lap in the front seat of car going 80 mph down the Interstate.

So, while you’re going about your daily life at 80 mph, your stuff is hanging out with a “Steal Me” sign back home or at your shop or business. All because of the simple thing you aren’t doing that the police want you to do: mark and register your property and post warning signs.

“Now what? How do I get started helping the police?”

Well, there are some basic guidelines that go along with registering your personal property (laptops, TVs, power tools, lawn equipment, cell phones, etc), and you can do it on your own or we can help.

I can throw around abbreviations and acronyms all day. The bottom line, and what the cops want you to do, is register your stuff the right way. Do that and your insurance company says, “You’re a responsible policy holder.” Don’t do it and you’ll see your rates rise or your policy canceled. Implementing some form of Operation Identification is a good idea for you!

Given advances in technology and the immediacy of the internet, I have made Operation Identification simple, effective and global. I have miniaturized Enterprise Asset Management (EAM), using global standards. It’s now a simple D.I.Y. delivered to you in the mail. We’ve advanced the state-of-the-art by partnering the physical tag numbers in the envelope with the same virtual numbers on the cloud database, so all you have to do is add the make, model and serial number. It’s a snap to install.

“Does anyone know about this and who you are?”

In my medium-sized city of Des Moines, Iowa, (pop. 550,000) my product is recognized as Operation Identification by law enforcement professionals. The Des Moines Police Department has seen it. Leaders at the DMPD have reviewed my product, talked with expert officers and concluded that my system works as promised and complies with the U.S. Dept. of Justice standards. Now the entire Neighborhood-Based Service Delivery Unit shares my strategy citywide.

Also, the Iowa Narcotics Officers Association knows me and has seen my security kit. The same is true for the Iowa Police Chiefs Association. There have been no concerns or complaints from either group or any of their members. To the contrary, they hope I can succeed where they couldn’t.

My product and I am widely known in the Des Moines Metro through radio, television and social media. There have been no complaints from any customers. I am a member in good standing with the Better Business Bureau. Lastly, I am in good standing in my community and volunteer in a number of ways.

Register your stuff! Think of it like putting on your seatbelt. It may not stop a crime from happening, but it certainly won’t encourage one. And if you’re lucky, the police can catch those ornery criminals and you can do your part to put them away. As for your stuff? Hopefully you can get that back, too! There are more reasons to do it than not. Think about it.

So, my big-picture goal?

Well, more about that in my next blog.