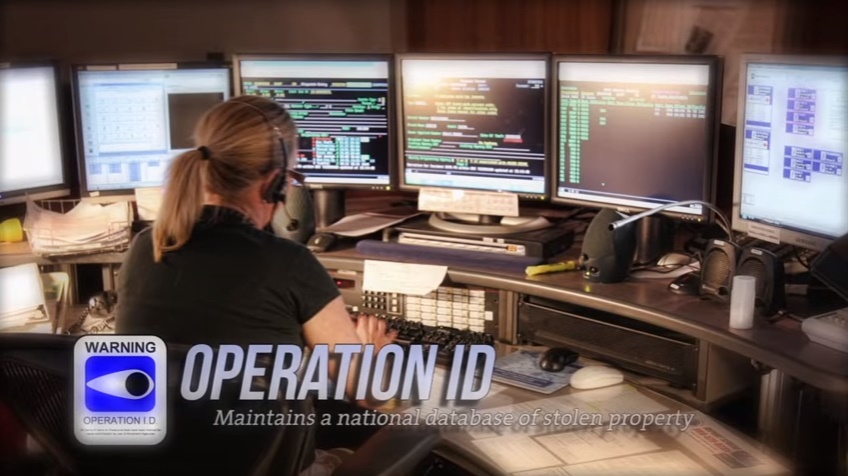 I suspect that most Americans are not aware that behind every local police report is an upload to the National Crime Information Center (NCIC). The NCIC was established in 1967. Just a few years after the Monterey Park Police in California first developed the Operation Identification concept. By the time OpID was rolled out nationally in 1979, the NCIC had already been crunching numbers for over 10 years.

Citizens should have more faith.

It is thought that only half of all victims of burglary, theft and loss either file a police report or reach out to the authorities. London Transport in England collects over 20,000 unclaimed cell phones a year that Good Samaritans dutifully turn in. The police and other authorities have the resources to help reconnect property with their rightful owners, but citizens are often disengaged and give up immediately.

The NCIC is big data

Have you ever heard how the cops shrug their shoulders and say There’s nothing we can do after a burglary or theft? There’s one critical element missing in this myth. If you have the serial numbers of your stolen items, the police CAN do something. By filing a police report with the make, model and serial numbers of your stolen property, you are providing valuable data to the NCIC to solve crimes.

No Convictions without serial numbers

Police officers have shared stories with me about entire storage lockers being found full of what they know to be stolen property, but have had to let the criminals go and give them everything in the locker because there is no evidence tying the property in any way, shape or form back to the rightful owners. In order to take back our streets, citizens need to record serial numbers to help reduce burglaries.

Have you ever seen those Neighborhood Watch signs? They are on our streets because of a Federally funded program that develops police-community partnerships to fight crime. The Operation ID program used to be paired with Neighborhood Watch, but because of low adoption rates, the strategy faded away even though it’s still recommended by many law endorsement agencies.

Operation I.D. as a do-it-yourself-kit

My Property ID Registry came about because of my involvement in my own local neighborhood association. The strategy simplifies the old Operation ID strategy and turns it into a simple DIY—delivered in the mail and linked to the internet—that helps you as a citizen fight crime and helps the police at the same time. Now you can easily and conveniently improve the odds you’ll get lost and stolen property returned and also help the police fight crime more effectively.