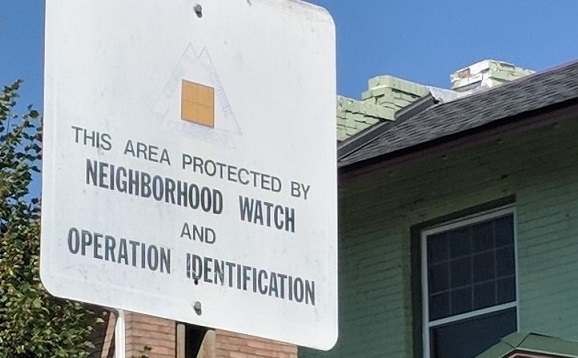 Operation Identification dates back to 1963. It was extensively researched, at a cost of $120 million in today’s money, with 378 pilot studies between 1974 and 1978, after which it was rolled out nationally as the companion to Neighborhood Watch in 1979. All the details and signatories are contained in this brief memo from the General Accounting Office (GAO) to the Department of Justice (DoJ).

If a car is stolen, the only way the police know it is stolen is if the citizen files a crime report. The same is true of property crimes. There is a huge difference, though. Everything about the car is preloaded into the National Crime Information Center (NCIC) before a crime occurs. Everything about all other stolen property is loaded into the NCIC after the crime occurs and after the citizen files a report.

Let’s look at motor vehicle registration, again. The process happens at the time of purchase. The identity of the buyer of the vehicle is matched to the Vehicle Identification Number (VIN). Only after the Department of Motor Vehicles (DMV) verifies the information is a license plate issued. On the NCIC, all the information about the motor vehicle, person and license plate is linked together for law enforcement professionals to review on their laptops. If something doesn’t match up, it’s a red flag.

Think for a second how the license plate is ultimately issued. It’s mailed to the owner’s address and the owner screws it to the car. In other words, it’s a type of Owner Applied Number (OAN).

Operation ID is a DIY version of the same process. If you go to the NCIC page for stolen property, there is a location to enter the Owner Applied Number (OAN). This is the equivalent of a license plate. Then there are also spaces to enter the make, model and serial number of the stolen property.

The only way this can work is if citizens mark property with an OAN and keep a record of the make, model and serial numbers in a safe place. If they are a victim of a crime they give the information to the police.

Many people ask, What happens if the OAN is removed? It’s like a license plate. If a citizen files a police report with the serial numbers, the police can still trace the property back to that person. In the case of My Property ID Registry, the OAN is a convenient shortcut for law enforcement professionals and Good Samaritans to return property via the internet.