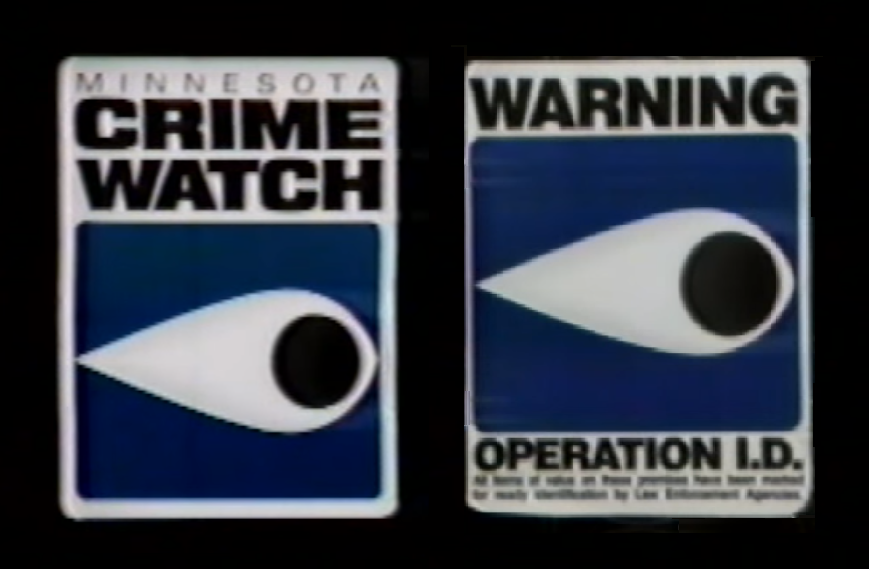 Everybody recognizes the old Neighborhood Watch signs on the left, but does anyone recognize the old Operation Identification sticker on the right? The two systems used to be paired, but Operation ID was a hassle and inconvenient, so it faded away. If you do a web search for the term “Operation Identification,” you’ll see police departments all over the country STILL urge citizens to use it.

The germ of an idea

I’m a board member on the Southwestern Hills Neighborhood Association in Des Moines, Iowa USA, and I also have a criminal justice background. We as a board were concerned that our Neighborhood Watch signs were looking shabby, so I began doing research on the topic. I rediscovered Operation ID and realized nobody had ever bothered migrating this police-approved approach to the web. I saw a great opportunity to help my neighbors. So now the police-endorsed Operation Identification concept has been married to the web and comes to your home as a DIY kit. 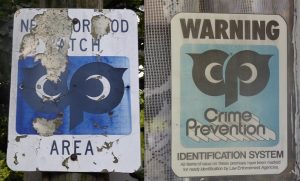 Marked and registered property is “hot”

You’ll be surprised to know that thieves don’t like to handle marked and registered property. It’s HOT! It’s like bank robbers being caught with marked money. The criminal is going to prison. The simple act of marking the portable electronics burglars target, posting warning signs on doors and windows, then registering the make, model and serial numbers on the free database, might not seem like a high-tech, crime-fighting tool, but since the 1960s, the police have been URGING citizens to do just that. I’ve just made it easy and online.